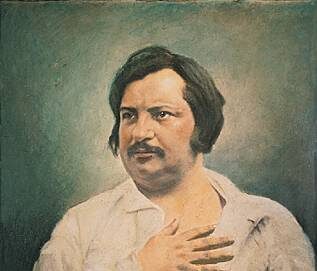 Gardens: places of isolation or freedom?

Gardens: places of isolation or freedom?

Gardens belong to the field of landscape design and, throughout centuries, gardens and literature have been closely intertwined since they both reflect a current trend of the arts. For instance, French Renaissance gardens were “characterized by symmetrical and geometric planting beds or parterres, plants in pots, paths of gravel and sand, terraces, stairways and ramps, moving water in the form of canals, cascades and monumental fountains, and extensive use of artificial grottoes, labyrinths, and statues of mythological figures. They became an extension of the châteaux that they surrounded, and were designed to illustrate the Renaissance ideals of measure and proportion, and to remind viewers of the virtues of Ancient Rome.”[1] At the same time, the forms that dominate the poetic production of the Renaissance in France are the Petrarchan sonnet (developed around an amorous encounter or an idealized woman) and the Horace/Anacreon ode (especially of the carpe diem – life is short, seize the day – variety). Ronsard also tried early on to adapt the Pindaric ode into French. Throughout this period, the use of mythology is frequent, but so too is a depiction of the natural world (woods, rivers). In other words, Renaissance is a period during which literature and landscape design, specifically gardens, were both influenced by the Antiquity. Hence, depending on the century, many similarities exist between the approaches used to create and analyze literary texts and landscape design.  Today, a broad range of literary methods exist: Cultural studies, Deconstruction, Feminist literary criticism, Formalism, New Criticism, New historicism, Postcolonialism, Postmodernism, Post-structuralism, Queer theory, Structuralism and semiotics, Reader-response, are among the literary theories that one can use to analyze a literary work. Nonetheless, it is not certain that most of these theories can be used to analyze landscape design. Indeed, how Gender Studies or Queer theory could serve to offer a comprehensive analysis of a XIXth century garden?

On the contrary, ecocriticism, which is the study of literature and the environment from an interdisciplinary point of view can be seen as more relevant since it pertains to the study of the consequences of climate change on our lives in literature and our direct environment. Beyond theses literary theories, the story associated to a novel or a garden remains an intangible thing. A novel as well as a garden offers a beginning, a central plot or purpose with a climax, and an end. The close reading of a novel and the analysis of its structure, its words and characters can be applied to a garden with, respectively, its structure, flowers and statues. But how close are landscape design and literature intertwined? How strong is the influence of the garden on literature? One can also wonder how literature can also, in return, influence landscape design although in this paper, I will focus on a specific novel, Honorine[2], written by French author Honoré de Balzac. Through this novel, I intend to show how the design of Balzac’s garden in Paris (47 Rue Raynouard, 75016 Paris, France) influenced his description of a garden that plays a major role in the novel. I will first argue that one can think about a garden as a place of isolation and loneliness and then specify that such a state of mind cannot last over time since, since, in Balzac’s novel, the gardens invites to an exchange, a dialogue between human beings, and thus free us from confinement.

I. Gardens, places of seclusion?

In this novel, Honorine is the wife of Count Octave. She abandoned him for a lover, who in turn left her. She refuses to return to the marital home, and Octave, having forgiven her, strives to make her life easier, paying secretly for the artificial flowers that she sells. The count then decides to send his secretary Maurice into the adjoining house, so that he becomes friends with his wife and convinces her to return. A garden with a palis (little fence made of wood) separates the homes of Honorine and Maurice who, to approach her, disguised himself as a gardener passionate about blue flowers.  He learnt in a short time all the skills necessary to the science of the garden. While he lives nearby, Honorine is intrigued by such a man so knowledgeable with flowers. What makes the novel very relevant to our analysis is the fact that, since Honorine is ashamed of her betrayal towards the count, she spends most of her time reflecting in the garden and trying to find inspiration for her artificial flowers. At the same time, her husband, count Octave is also living in desolation.

Here, Balzac made a clear reference to the Inferno written by Dante[3], in which Dante is lost in a dark wood both literally and spiritually. Such a reference also allows us to understand how we can interpret the role of Maurice – the gardener since, like in Inferno, Dante meets the soul of his poetic idol, the Roman poet Virgil, who agrees to guide him through Hell. Here, it is also Maurice who will bring back Honorine – paradise to the count Octave.

The palis or fence is very important to have a clear idea of how Balzac’s garden deeply influenced his novel. Indeed, his own garden was enclosed by several walls – a major one on the left – that prevented him to have an open space. Thus, a feeling of isolation was not avoidable.

In his article Balzac’s Go-between: The Case of ‘Honorine,[4] Owen Heathcote explains how Balzac felt – alone – regarding his own “space” in Paris with the crafting of his own characters as a perspective.

One should not be surprised by such state of mind when we learn that Balzac lived in a state of seclusion to protect himself from his creditors: he was heavily indebted. In the picture below, a straight path can be seen with a U-turn at the end: the little garden located near Balzac’s house was indeed enclosed by two large blocks on the left side.

Furthermore, it is also very clear that a garden can be a source of confinement when it serves as a temple of loneliness. This is the case with Honorine who mourns her betrayal in her garden all day. Balzac is keen on describing the effect of such loneliness on her attitude and the project of a wall within the garden threatens even more the mission of Maurice: return her to count Octave. He would not be able to talk to her anymore without a direct access to her. The words of Balzac are eloquents, he describes « le jardin devenait une espèce d’allée serrée entre ma muraille et son pavillon » that matches excacly what we can see in the picture above.

Or, such description fits again the picture that we see below.

In the following excerpt, Maurice attempts to make Honorine understand that if such a palis remains in the garden, this would prevent them to see each other. In the novel, she finally decides to let a part of the palis open for him.  Such passage is very meaningful as it shows that Blazac, in his novel, decides to open the garden and makes it a place of exchange between two human beings. By this way, he removes virtually the barriers or walls of his own garden. The relationship between literature and garden turns here into not only an exercise of freedom in the novel but also for the writer who, through his novel, makes freedom attainable.

The contrast between flowers and walls is also paramount to understand how the beautifulness of a garden can help literary characters to decide of their future but also of their relationship with the Other. Here, in this novel, Honorine lets her garden open and this allows Maurice to exchange with her and, finally, to save her from her loneliness when he is able to transmit a letter from the count to her. Such a letter that she will read, again, in the garden, will have a profound effect on her and will bring her back home.

Balzac, through the description of Honorine who evolves and reflects, isolated, on her own life shows the reader how a garden can be a place of seclusion at first. The beautifulness of the garden then acts like a revelation that can help you to bound with the Other through verbal exchange. The clear inspiration that Balzac draws from his own garden also shows us how landscape design can help an author to model a character. Indeed, had Balzac’s garden been magnificent, his novel would have set place in a very different environment and with different characters, much less lonely. Therefore, the study of literature involving landscape and specifically gardens allows us to not only observes how literature is influenced by such environment but also how an author can feel secluded in his own garden, and how writing such a novel is synonym of freedom for both literary characters and the writer.